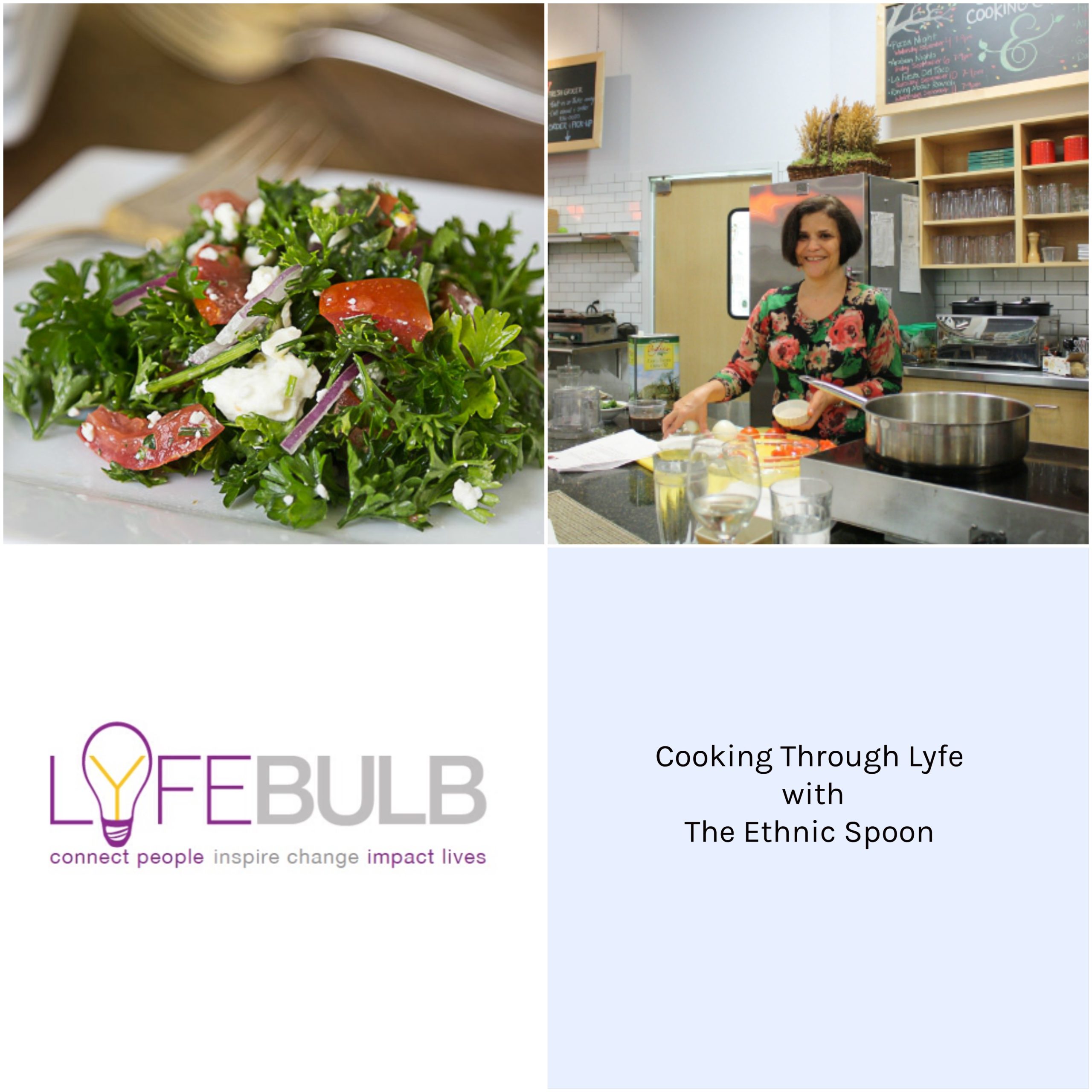 This Mediterranean parsley salad is a great addition to any summer menu. It’s light, refreshing, and easy to put together. There is such a great combination of ingredients that makes this salad tasty and beautiful. In this salad, parsley takes center stage. It is not the forgotten herb relegated to the secondary role of garnish. NO! here, parsley is the STAR of the show. By the way, did you ever wonder why parsley is used as a garnish? Well… apparently it’s an ancient custom dating back to the Middle Ages where parsley was used as a breath cleanser after a heavy meal.

Throughout history, parsley has been central to key rituals. For example, in Ancient Greece parsley was used as a funerary herb. The phrase “he is in need of parsley” meant that the person was close to death. On a more cheery note, parsley was also used to decorate crowns for athletes. In the Hebrew celebration of Passover, due to its slightly bitter taste, parsley symbolizes the bitterness and harshness of slavery.

Parsley has been cultivated for centuries. It’s native to the Mediterranean. The word parsley is derived from two Greek words: petro meaning rock and selinon meaning celery. Yes, parsley is related to celery. Although the ancient Greeks and Romans did not eat parsley, they did plant it as fodder for horses.

Parsley is extremely nutritious, more so than any of the other salad greens that usually make an appearance. To begin with, parsley is rich in potassium, which is important in maintaining a healthy heart. Parsley is also rich in antioxidants, and other vitamins. All in all, a nutritional delight.

*For a paleo diet option, omit the feta cheese.

Easy ethnic recipes from around the world.